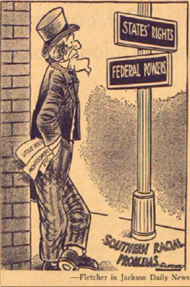 Welcome to the Citizens' Councils newspaper historical resource web site to aid in the understanding of the Modern Civil Rights Era.

The Citizens’ Council was the newspaper of the white supremacist Citizens’ Council of Mississippi between October 1955 and September 1961. It was intended to spread a pro-segregationist message throughout the southern states with the hope that white people would be outraged that their children had to share classrooms with African-Americans and would organize to resist racial desegregation and restore white supremacist rule. The Citizens’ Council newspaper comprised part of a multi-media propaganda strategy that included television and radio broadcasts. Circulating an average of 50,000 copies an issue by 1960, The Citizens’ Council maintained that it was “Dedicated to the maintenance of peace, good order, and domestic tranquility in our Community and in our State and to the preservation of our States’ Rights.” Published in Jackson, Mississippi, under the editorship of William J. Simmons, the newspaper was available for a $2 (later $3) annual subscription. It was succeeded by a monthly magazine, The Citizen.

The Citizens’ Council of Mississippi which published The Citizens’ Council was one of many similar local anti-integration organizations that were founded in the immediate aftermath of the May 1954 Brown v. Board of Education Supreme Court decision that mandated racial integration of public schools. Often identified as white Citizens’ Councils or the Citizens’ Councils of America, the first recorded Council was established in July 1954 under the leadership of Robert B. “Tut” Patterson a WWII veteran, former college football star and at the time a plantation manager in Sunflower County, Mississippi. Comprising a membership drawn from local bankers, attorneys, and businessmen, Patterson’s Indianola Citizens’ Council set the template for similar groups across the southern states. Alongside Mississippi, Citizens’ Councils were most prominent in Alabama, Louisiana, South Carolina and Virginia and together comprised an attempt to overturn desegregation decrees through legal means in an effort to maintain racially segregated schools and communities. Many participants were seemingly respectable middle class individuals, members of state and local legislatures, judges, teachers, doctors, police officials and other white professionals. Citizens’ Councils explicitly denounced Ku Klux Klan style violence, instead making their case for white supremacy by arguing for new statutes and forwarding mandates to reverse racial integration. Citizens’ Councils would organize boycotts and protests, attend meetings to oppose school integration proceedings, pressure employers to fire African-Americans, refuse to serve blacks in stores and mount other similar campaigns.

Many Citizens’ Councils members believed that educating white people would empower them to resist racial integration. Councils published lists of recommended readings for supporters and through The Citizens’ Council and other publications, they aimed to present arguments and evidence to prove that racial integration was misguided and that segregation and white supremacy were both the natural state of affairs and the best way to operate a biracial society. The most notorious Citizens’ Councils publication was Black Monday. Written by Mississippi circuit court judge Thomas Pickens Brady this coarsely racist diatribe, titled in reference to the day of the Brown v. Board decision, basically became a handbook for the movement. Despite repeated assertions distancing themselves from the KKK, the racial politics forwarded by Citizens’ Councils led commentators to moniker them the “uptown” or “country club” Klan. After initially operating as clandestine organizations, within a few months of their initial appearance in 1954 Councils decided to operate openly. Becoming publicly known, readily accessible and led by members of the local middle classes in many southern towns, membership peaked at around 250,000 in 1957.

The Citizens’ Council was a monthly four page newspaper. Reviewing the first issue which was published in October 1955 with a print run of 125,000 copies, Neil McMillen notes that it was composed almost entirely of pro-segregation essays reprinted from area newspapers. Subsequent issues contained original articles and cartoons commenting on topics such as South Africa’s apartheid policies, civil rights activists and their campaigns, racial differences in intelligence, “race mixing,” interracial marriage, and contemporary politics and politicians. Black people, both American and African were often depicted as sexual predators or caricatured as African savages, cannibals and witch doctors incapable of self-control or self-rule. Racial integration was understood to be impossible and unnatural, with racial groups being predisposed to violently maintaining their distinctiveness meaning that trouble would inevitably flare up if desegregation occurred. The message of The Citizens’ Council was white supremacy. The newspaper’s racism was coupled with contempt for what were understood to be hypocritical northern liberals forcing change onto the south while ignoring racial segregation and racially-motivated disturbances in cities like Chicago, and disdain for southern whites who were not vigorous enough in defending “racial integrity” and “the southern way of life.”

The newspapers in The Citizens’ Council archive reveal just how widespread the reach of the Citizens’ Council was. Reports are regularly included from every state in the former Confederacy about how Councils are contesting desegregation and the November 1960 issue, for example, reproduces a photograph of Citizens’ Council officials receiving 30 acres of land in Utah as a gift to initiate an endowment. On the same page as this photograph is a story by John R. Parker outlining how three thousand years of Ethiopian independence has produced little and that all major businesses there are run by whites, whereas South Africa’s mere three hundred years of white rule has generated a thriving industrial economy. The message is evident – white rule is the only way to ensure a stable, modern society. One regular feature of The Citizens’ Council is articles denouncing civil rights organizations. Stories and cartoons regularly attack the NAACP as fomenting anti-white hatred, insidiously controlling the Supreme Court, forcing “race mixing” and conspiring to assume leadership in a dictatorial police state. Other essays, such as that in the December 1955 issue, show the Citizens’ Councils developing an ideological argument about the meanings of American republicanism and sovereignty.

Eventually, successful civil rights activism, such as the Montgomery bus boycott and subsequent legislation like the 1964 Civil Rights Act undermined the Citizens’ Councils and exposed their failure to stem the tide of change and racial integration. Support for Councils began to diminish and by the 1970s they were largely moribund. In 1985, however, the mailing list of the Citizens’ Councils was revived and became the basis for the invigoration of a new group dedicated to preserving the privileges of white America, the Council of Conservative Citizens. One of the initial leaders of this new group was the original founder of the white Citizen’s Councils, Robert Patterson, who, like many others, joined the Council of Conservative Citizens having previously been active in Citizen’s Councils some three decades previously.

The Citizens’ Council archive is an important collection because these newspapers, despite their centrality to the “massive resistance” of the anti-integration struggle, were ephemeral and few copies survive. They show the month-to-month concerns of white supremacist residents of the United States and provide a wealth of detailed information about the participants in Citizens’ Councils, their beliefs and activities. Not only is this archive impressive in its extent, containing every edition of The Citizens’ Council, but it clearly demonstrates the articulation of a racist, white supremacist ideology that was hostile towards African-Americans, civil rights, liberal politics, global opinion and federal authority. Many of the positions articulated by contributors to The Citizens’ Council were reiterated by opponents of civil rights in the 1960s and are still echoed in current discussions of affirmative action and immigration policy. Further, today’s neo-Confederate groups, such as the League of the South, and outspoken populist conservative commentators make many of the same claims, often utilizing the same language and comparisons that once appeared in The Citizens’ Council. Americans with an interest in civil rights and building a multicultural society will recognize echoes of The Citizens’ Councils in TV soundbites, on talk radio and the internet. This is also a valuable archive for scholars of race, race relations and whiteness and for those interested in social movements and U.S. politics. Compared to the volume of work on the Ku Klux Klan, the Citizens’ Councils are little explored with the best texts on the topic having been written around forty years ago (see further reading).

Racism is often perceived as being a behavior exhibited by the uneducated or working class. What The Citizens’ Council newspapers make abundantly clear is that many racists are articulate, educated, upper class members of our populace. Such white supremacy is arguably as dangerous and threatening to American democracy as that which is violently pursued by others. In their efforts to enact legislation to ensure white supremacy and encode segregation through the mundane practices of electoral politics, petitions and publications, Citizens’ Councils challenged the civil rights movement and worked to reverse Supreme Court rulings that guaranteed equal rights for all Americans.

This online resource is made possible by both Edward H. Sebesta, who in his researches found and purchased at some expense a bound copy of the entire run of this newspaper, and the Southern Poverty Law Center who digitized it, provided a book restorer to unbind the volume for scanning and rebound it again, and did legal research to verify that it was in the public domain. 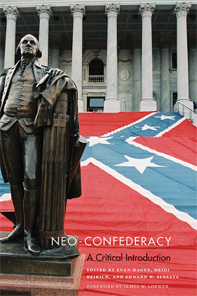 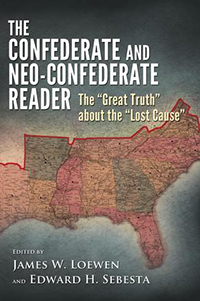